Barbecue is the method of cooking meat and other foods in the heat and smoke of a wood burning fire. Barbeque history traces its roots back to the pioneer days. The cash strapped settlers, using the cheaper cuts of meat would slow cook the meat over indirect heat for many hours. The low heat and smoke from the fire would flavorize and tenderize the meat. We can thank these barbeque pioneers for the mouthwatering ribs, brisket and pork that are the signatures of today’s great BBQ

Barbecue has different meanings throughout the United States. In the North East grilling is often called barbecue. Grilling is the cooking of meats or vegetables over direct, heat using charcoal briquettes, gas or wood. In the south its not barbecue unless its pork – ribs or shoulder. Beef brisket and hot spicy sausage is the mainstay of Texas BBQ. In the southwest United States we find hot BBQ characterize by jalapeno pepper based sauces. The different styles of barbecue evolved because of the differences in the available meat, wood and spices in the particular regions. The following article best describes the many different styles of BBQ

Much of the variation in barbecue methodology and saucing in Southern barbecue can be explained by its geographical migrations. After originally appearing on the East Coast, barbecue began traveling West, picking up permutations along the way. Spanish colonists spread the cooking technology, but the agriculture of each region added its own twist. The simple vinegar sauces of the East Coast were supplanted by the sweet tomato sauce of Memphis and the fiery red Texas swab. In western Kentucky, mutton was substituted for pork, and the cattle ranchers of Texas used barbecue techniques for slow-cooking beef (with these innovations, southwestern Texans and western Kentuckians put themselves irrevocably outside the “barbecue belt”).

There are several main regions of barbecue “saucery” in the South. Each region has its own secret sauces, with much intra-regional variation. This “barbecue belt” shares the same tradition of slow-cooking the meat, but diverges widely in sauces and side dishes.

Barbecue on the East Coast

In eastern North Carolina, the meat is chopped or sliced pig and the sauce is peppery vinegar. Traditional side dishes include coleslaw and hush puppies (perhaps a carry-over from the area’s many seafood restaurants). These hush puppies are light and oval-shaped. The area of North Carolina west of Raleigh uses the same type of meat, but douses it in a sauce rich with vinegar and tomatoes. Western North Carolinians eat barbecue with bread and sometimes Brunswick stew, a stew made with vegetables, chicken and sometimes game.

Further south, in South Carolina and Georgia, the pig is still chopped or sliced, but it is doused in a yellow mustard-based sauce. In much of South Carolina, barbecue is served alongside light bread, coleslaw, and “hash” with rice. Hash is made of stewed organ meats. In this region, the skin of the pig is often removed and fried separately. (This delicacy should not be confused with the pre-packaged pork rinds popularized by George Bush). In Georgia, Brunswick stew often appears.

Barbecue in the Central South

As the barbecue aficionado travels further west, pork remains the meat of choice, but it is served “pulled” rather than chopped. Pulled pork is slow-cooked, shredded by hand into succulent threads of meat, and then doused with sauce. The pulled pig region, centered around the city of Memphis, Tennessee, usually serves a sweet tomato sauce flavored with pepper and molasses. Because Memphis is a port city, the creators of barbecue sauces in this area had a larger repertoire of ingredients from which to choose. Molasses was shipped up-river, and became a popular seasoning. The popularity of the “pulled” serving method has resulted in the appearance of “pulled chicken” on several chain barbecue restaurant menus. Pulled chicken is reminiscent of the Northern concept of barbecue as a backyard activity, and the purist should avoid it. Barbecue joints serving Memphis style barbecue usually serve it alongside coleslaw, cornbread, and sometimes French fries. Memphis barbecue is a term that encompasses both pulled pork and slow- cooked pork ribs. These ribs are either basted with sauce or rubbed with a mixture of tangy spices before pit cooking.

In Alabama, most sauces are also red, but a bit spicier than those served in Tennessee. Pulled and chopped pork is offered, as well as slabs of ribs. In Arkansas, the sauces vary. Because the state borders Tennessee, Texas, and several other states, one can find a wide variety of barbecue styles and sauces in Arkansas. Side dishes can include baked beans, coleslaw, and potato chips. On the western side, Arkansas borders Texas, and beef barbecue is more prevalent.

Despite the different spellings – barbecue, BBQ, Bar-B-Que or the method of preparation, barbecue is fast becoming a mainstay in American Cuisine. The Smokin’ Grill continues to bring the best in barbecue to our clients throughout the tri-state and metropolitan areas. 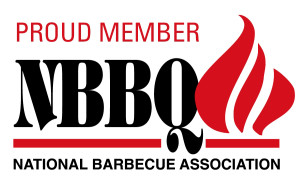 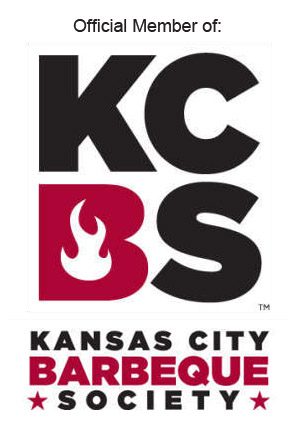